“(Wo)Manresa”* is inspired by an action called “Manresa” which the German artist Joseph Beuys conducted in 1966 at the Schmela gallery in Düsseldorf. In this action, Beuys invites “man” to make a spiritual journey in order to heal his “wounds” (both body and soul).

In her project titled “(Wo)Manresa”, Raquel Friera takes the journey of Beuys’ performance as a main theme, leaving behind the symbolic details and rooting it in the socioeconomic context of the town of Manresa. Friera thus aims to interpret the “wounds” seen from perspective of the working world of women and from a critical and imaginative perspective in order to delve into the compatibility/incompatibility of “reproductive work” (domestic tasks, caring for persons) and “productive work” i.e. paid work.

Based on meetings with a group of women from Manresa, the project then imagines possible locations where labour and socioeconomic problems related to productive/reproductive work might be solved. This then led to an imaginary train line, which charts a new map of life and labour.

The resulting maps, which are displayed with an aesthetic that perfectly mimics the Spanish public railway company’s promotional material, were available at the Manresa train station beside some postcards that rail travellers could pick up.

*The title refers to Manresa, the city where the project was carried out. It also refers to the name “Manresa” a combination which in Indo-Germanic languages means “a man who travels” (from “Man”: and “reisen:”​​ to travel). We introduced a gender shift by including the prefix “Wo” to eventually mean, mixing the languages, “Wo-Manresa”, that is, “woman reisen”: “woman who travels”.

Explanatory video of the project. 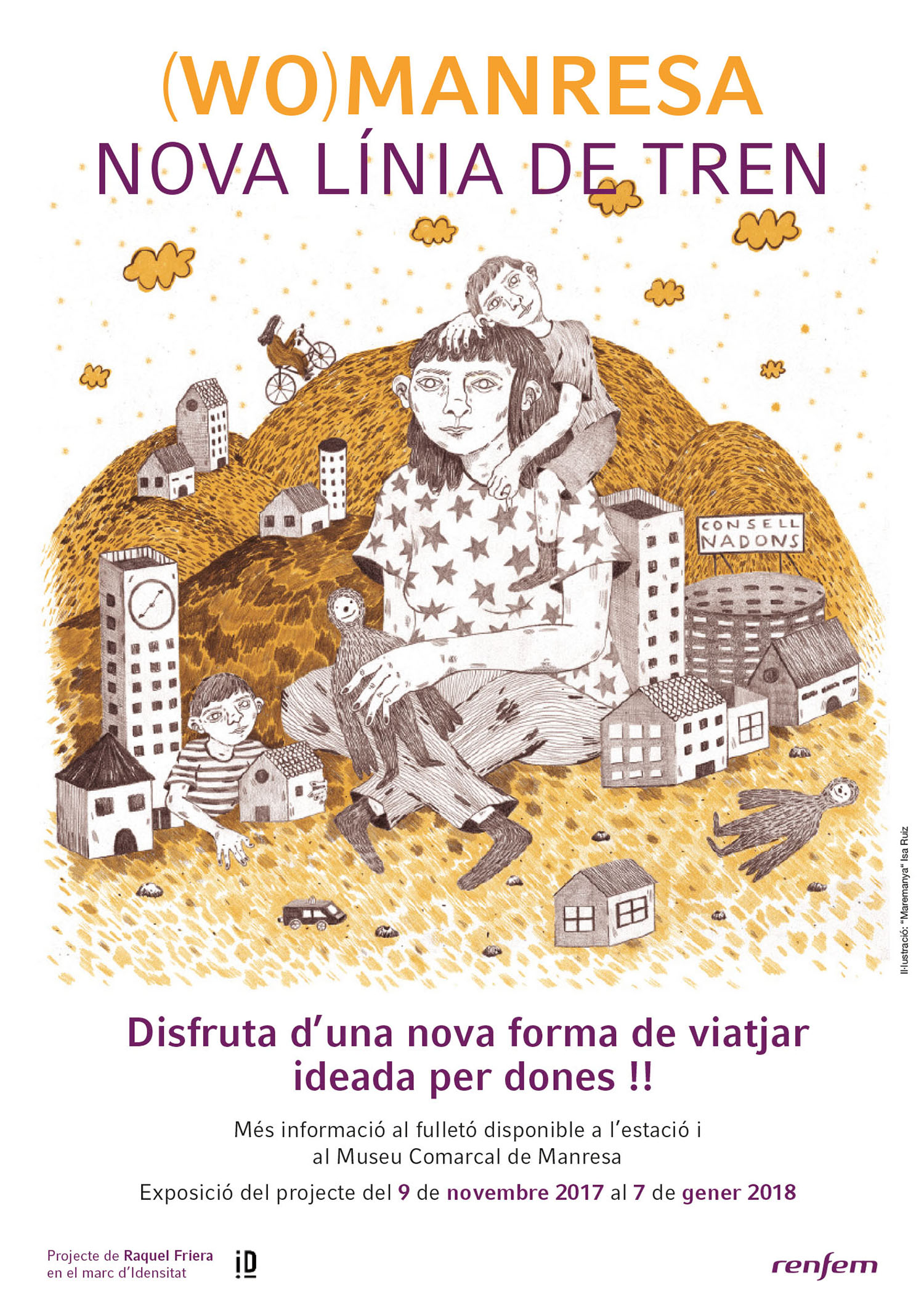